AIMS: People consume alcohol for various reasons. Both social (i.e., drinking by peers) and more alcohol specific effects factors, such as the psychopharmacological effects of alcohol, influence drinking behaviour. The social aspects of alcohol use are included in this project by investigating the link between individual differences in drinking imitation in a Bar-Lab and neural responses to alcohol cues including social 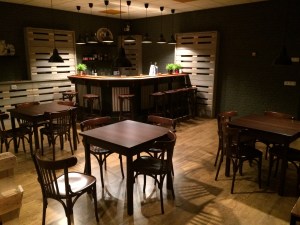 content (as measured with fMRI). The more alcohol-oriented aspects are measured by adapting the well-known monetary incentive delay task in such a way that we can actually measure brain activation in the striatum in anticipation to receiving a sip of beer. This project includes a group of social and heavy drinkers and also involves a one-year follow-up of drinking behaviour by means of ecological momentary assessments. We expect that those participants who show more drinking imitation will show more brain activation in mesolimbic brain regions in response to alcohol cues including social interaction. We also expect that anticipatory brain activation for receiving a sip of beer is stronger in heavy compared to social drinkers.

FUNDING: This project is directly funded by the Behavioural Science Institute, Radboud University.